The Dangers of Plastics in the Kitchen 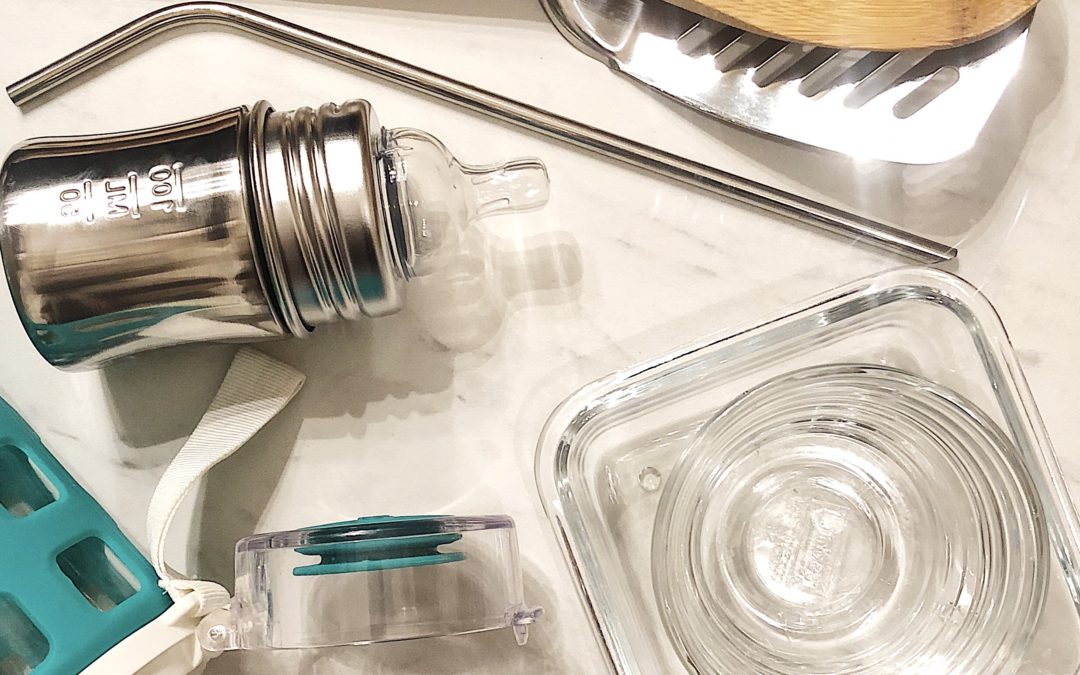 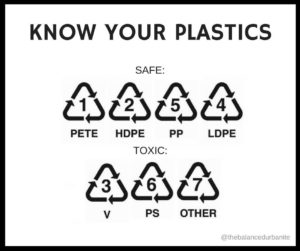 #1: Polyethylene Terephthalate (PET) – PET is considered safe, but it can leach the toxic metal antimony and bromine which is used during its manufacturing. One study found that the longer a bottle of water sits on a shelf the greater the dose of antimony present. Bromine is known to act as a central nervous system depressant, and can trigger a number of psychological symptoms such as acute paranoia and other psychotic symptoms.

#2: High Density Polyethylene (HDPE) – HDPE, which is considered a low-hazard plastic. HDPE (like most plastics) has been found to release estrogenic (hormone altering) chemicals.

#3: Polyvinyl Chloride (PVC) – PVC plastic can be rigid (like water pipes) or flexible. PVC contains toxic chemicals including DEHP, a type of phthalate. Phthalates are one of the groups of “gender-bending” chemicals causing males of many species to become more female. These chemicals disrupt the endocrine systems of wildlife, causing testicular cancer, genital deformations, low sperm counts and infertility in several species, including polar bears, deer, whales and otters. PVC flooring has been linked to chronic diseases in children including allergies, asthma and autism.

#4: Low Density Polyethylene (LDPE) – Another plastic that is considered a low hazard. Studies show it may pose risks of leaching estrogenic chemicals, similar to HDPE.

#5: Polypropylene (PP) – Polypropylene is said to have a high heat tolerance making it unlikely to leach chemicals. However, it has been shown to leach small amounts of at least two of its chemical constituents when heated to high levels.

#6: Polystyrene (PS) – Polystyrene, also known as Styrofoam. Polystyrene is known to leach styrene, which can damage your nervous system and is linked to cancer. Temperature has been found to play a role in how much styrene leaches from Styrofoam containers, which means using them for hot foods and beverages (such as hot coffee) is most dangerous.

#7: “Other” – This is a catch-all designation used to describe products made from other plastic resins not described above, or those made from a combination of plastics. It’s difficult to know for sure what types of toxins may be in #7 plastics, but there’s a good chance it often contains BPA or the new, equally concerning chemical on the block in the bisphenol class known as Bisphenol-S (BPS).

BPA and BPS are endocrine disrupters, which means they mimic or interfere with your body’s hormones and “disrupts” your endocrine system. The glands of your endocrine system and the hormones they release are instrumental in regulating mood, growth and development, tissue function, metabolism, as well as sexual function and reproductive processes.

Some of the greatest concern surrounds early-life, in utero exposure to bisphenol compounds, which can lead to chromosomal errors in your developing fetus, causing spontaneous miscarriages and genetic damage. But evidence is also very strong showing these chemicals are influencing adults and children, too, and leading to decreased sperm quality, early puberty, stimulation of mammary gland development, disrupted reproductive cycles and ovarian dysfunction, cancer and heart disease, among numerous other health problems.

For instance, research has found that “higher BPA exposure is associated with general and central obesity in the general adult population of the United States,” while another study found that BPA is associated not only with generalized and abdominal obesity, but also with insulin resistance, which is an underlying factor in many chronic diseases. (Cited Here) 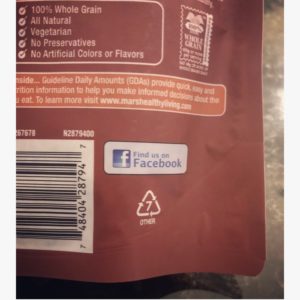 The takeaway is to always look at the plastic number when reaching for something housed in plastic. Whenever possible, choose non-plastic alternatives. Is it possible to avoid all plastic exposures in today’s world? Of course not, but limiting daily exposures is key. An easy place to start is by replacing one item at a time and make the transition gradual. Mindfulness is key!

If you want tips on how to reduce other daily toxic exposures check out the rest of my website attached to this blog.